Elac B6 vs Elac Unifi UB5: Which Is Better?

ELAC is a very powerful name for a brand when it comes to speakers of different kinds, especially bookshelf speakers. You may have heard about the Debut series from this brand, as this series includes the most famous speakers ever launched. Also, ELAC owns another series which is called Uni-Fi, and it is as well a great one and includes great speakers.

Based on those two series that I mentioned, I have chosen two types of bookshelf speakers to compare for you and they are ELAC B6 and ELAC UB5, which are amazing devices. I will mention for you some of the key specifications of both the speakers, and then compare them based on them and some other things!

Well, without further ado, let us start the battle between ELAC B6 and UB5! 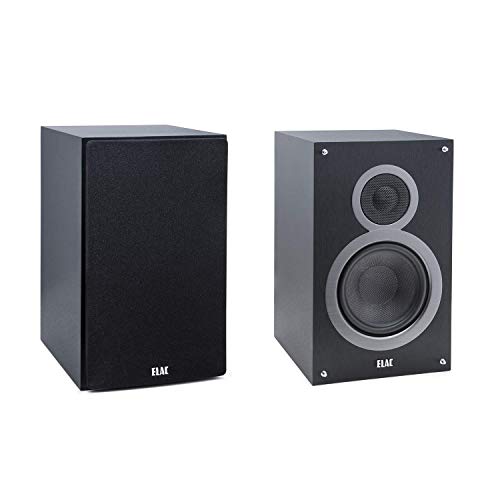 ELAC B6
Check Price on Amazon 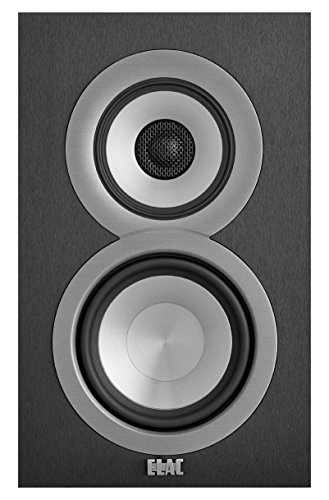 First thing first, I would like to mention for you guys general information about the bookshelf speakers that I chose to compare. Who are they? When were they launched? Who uses them mostly? Let us find out!

ELAC B6 is a bookshelf speaker from the brand, that comes from the Debut series. It was first launched on September 2, 2015, and it is definitely a bookshelf speaker which is used by professionals, in different recording studios. It is a speaker that includes many different features within. What I would like to mention here is that the ELACC B6 comes as a pair at a very affordable price tag.

In order to find out more, or purchase ELAC B6, tap on the link down below

Check ELAC B6 On Amazon

Moving on to ELAC UB5, it is again a bookshelf speaker, but it comes from the brand’s Uni-Fi series. The ELAC UB5 bookshelf speaker was released on March 24, 2016, so it is a little bit younger than the one already mentioned. Something that this bookshelf speaker also has is the ability to steal the heart of different professionals and reserve a place in their recording studios. Again, ELAC UB5 also comes as a pair.

In order to find out more, or purchase ELAC UB5, tap on the link down below

Elac B6 vs UB5
Head-to-Head Comparison

I bet that after mentioning the things that I did, we are more than ready to compare these bookshelf speakers based on something else. Let me mention some other important specifications that make these speakers differ from one another.

Both of these bookshelf speakers have a pretty similar design on first look. They come in gray colors, but as I mentioned above on the key specifications, the ELAC UB5 is a little bit smaller when it comes to the dimensions in general.

There is another difference between the build and the design that I left to mention here. On the key specifications of these bookshelf speakers, you can notice that the ELAC B6 is a two-way speaker, meanwhile, the UB5 is a three-way one.

That is all related to the way these bookshelf speakers are made. ELAC B6 owns a 5.25 inches driver/woofer and a 1-inch aluminum dome tweeter, meanwhile on ELAC UB5 are included a woofer of 5 inches, a tweeter of 1 inch which is a soft dome, and most importantly, this speaker has a rigid aluminum midrange cone that is 4 inches.

Another important thing that should be mentioned whenever comparing anything, like these two bookshelf speakers, is the connectivity, basically, what they use to get connected. Now, even though both speakers are pretty similar, there is something that makes them quite different, and it is the connectivity that they have.

The ELAC B6 bookshelf speaker is one of the greatest ones when it comes to connectivity part, as it can be used both wireless and wired. As wireless, this bookshelf speaker can be used via Bluetooth, making the speaker compatible with different devices such as phones, computers, laptops, tablets, and many others. Regarding wired connectivity, ELAC B6 owns an RCA connection, aux audio input, and a USB Flash Drive Reader.

When we move on to the ELAC UB5, the connection is only wired, while connecting only with RCA cable.

Moving on, we came to the part that should definitely be mentioned and known, and it is the way that these two bookshelf speakers sound. Now, the first thing that I would say about them is that in a general form, both ELAC B6 and ELAC UB5 sound good enough to embrace you with great quality of sound.

The ELAC UB5, as you know now, has a wider frequency range in which it is able to provide you with better sound at all frequencies, starting from the lows, mids, and highs. However, that doesn’t mean that the B6 speaker doesn’t sound good, it is also able to bring you good sound quality in general, and everything sounds perfectly clear. There is a combination of both in which they are able to give a super-balanced sound overall.

When it comes to the bass accuracy and the lows more specifically, both the speakers are known as bass-reflex speakers, meaning that they can provide you with great bass accuracy. Still, considering the fact that the ELAC UB5 is a three-way speaker, you should know that the bass is brought in a better way as it owns other parts for the other sound frequencies in general.

ELAC B6
Check Price on Amazon

Final Words – Which is better, ELAC B6 or ELAC UB5?

Here we are at the end of this article, in which I compared these two great speakers from ELAC. However, if we think about the fact of whether one is better than the other, I would say that being a three-way speaker, the ELAC UB5 comes down to a better performer when it comes to sound quality, and basically sound quality is one of the parts that should be looked at more!

If you still can’t decide, the options are limitless. Go check out a full review of Klipsch R-26F. Find out which one is the winner between Bose Bass Module 500 and 700.

As a buying guide, I would recommend checking out DJ home speakers and UTV Speakers.