How Do Bone Conduction Headphones Work?

What would make your love for jogging better would definitely be music, right?

I can’t lie, there’s nothing better than running in the morning while the cool breeze brushes against your face softly. On top of it, listening to your favorite soundtracks.

However, there’s something that concerns you. Your headphones do a great job isolating the noise outside, and that might put you in some potential accidents.

Fortunately, thanks to modern technology, audio producers have “gifted” us a pair of headphones that are known as Bone Conduction headphones.

How Do Bone Conduction Headphones Work?

What’s the fuss about them if they are just headphones?

They are not your average pair of headphones, they work in a different manner.

A pair of traditional headphones can be placed in, on, or over your ears; they use air to transmit the sound to your eardrum.

Meanwhile, bone conduction headphones are placed at the top side of your cheekbone in order to avoid the eardrum and pass vibrations through your bone directly to the cochlea.

Here’s the heart of the matter, they don’t use air, but your bones instead to transmit the sounds to your ear.

Below you will find a picture that makes it easier to understand. 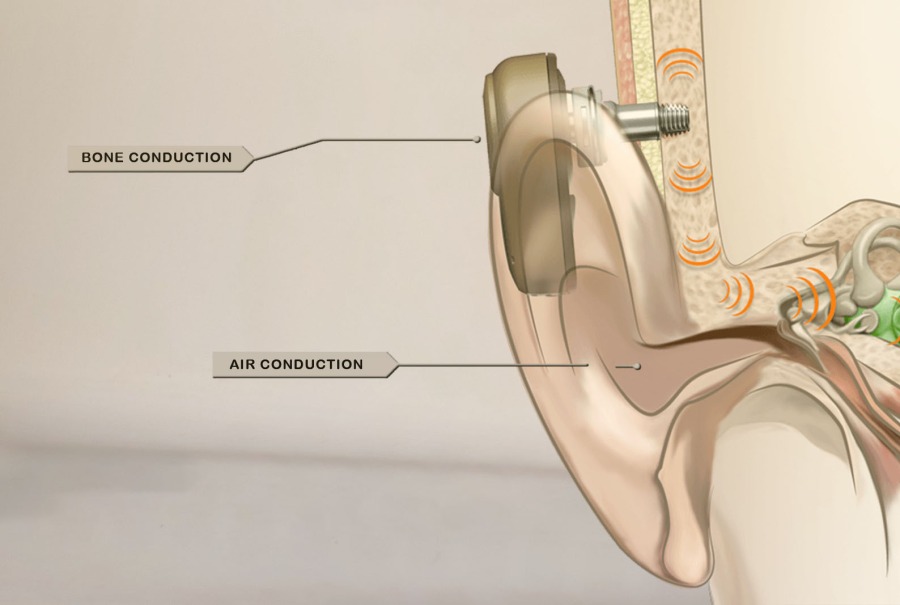 The Benefits Of Bone Conduction Headphones

Let’s start with the obvious benefit, nothing is being dispatched directly to your eardrum.

I bet, most of us are well aware of how fragile the human eardrum is.

Not only does it saves the ear from being damaged, but they play a huge role in making athletes aware of their surroundings.

With bone conduction headphones, you will be able to accompany your morning run with some nice background music while being conscious of the bizarre traffic that might surround you.

Something worth mentioning is that bone conduction headphones are pro-hygiene. Why is that?

With traditional headphones or specifically with earbuds we gather the bacteria that is found around us and put them directly into our ears. Well, that’s not the case with bone conduction headphones! Since they sit on your jawline there’s no way for the bacteria to get attracted.

Despite how much I love them, I can’t sugar-coat their sound quality; meaning if you are an Audiophile those are not the headphones that will satisfy you.

Don’t get me wrong, I am not saying that they sound awful, but due to sound going through bone it loses some quality.

There are also some other things that might hold bone conduction from being the ultimate headphones, but I’d avoid listing them all.

Instead, I will direct you to my article, the disadvantages of bone conduction headphones.

Something interesting regarding bone conduction technology would be their inventor, which was the famous composer, Ludwig van Beethoven.

After he went deaf, he had to find a way to listen to his piano, which was none other than the bone conduction method.

He attached a rod to his piano and clenched it with his teeth, so the rod can forward the sound to his bones and afterward to the ear cochlea.

This is it, hopefully, you got a good idea of how this type of headphones works.