Sonos Beam vs Bose Soundbar 300: Which One?

For those that have no idea what a soundbar is, it isn’t quite important, but people that need good sound quality, love to know the differences between soundbars in general. In this case, some famous brand names move around people’s heads when it comes to soundbars. They are Sonos and Bose.

Sonos is a brand that brings to you guys some of the greatest soundbars that you can ever think of, and some of you may already know how Bose works and what they bring to the table. Amazing brands definitely!

Anyways, there are some soundbars from these two brands that need to be compared with one another since many people are interested! Sonos Beam and Bose 300. Who are they? What are the features that they include? Which one is better?

What you can do in this case is to stick until the end of this article so you can have a better and clearer idea about these two soundbars, and I will try to answer all of your questions!

I notice that I’ve said a lot of things, let’s get straight to the comparison! 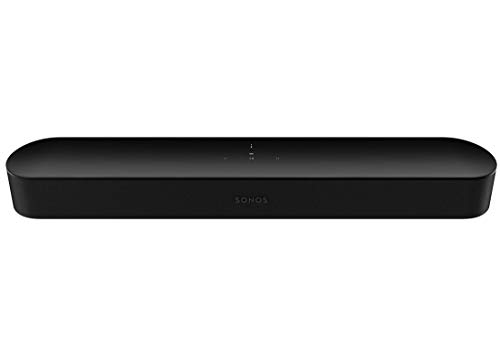 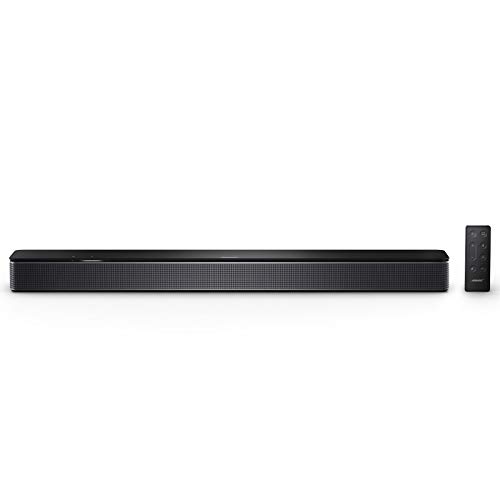 Sonos Beam and Bose 300 In General

Just as mentioned above, we can be more than sure that these two soundbars would do the job that they ought to do for any type of thing.

Sonos Beam is a soundbar that was launched in 2018 meanwhile the Bose 300 is a newer one that was released in 2020. Based on the years that they were released and brought to the world, you can find a little bit of what may be called improvement of soundbars in Bose 300. Anyways, that is not something that you should worry about since that is only a slight difference on the connectivity part which I will be mentioning below.

In case you are a fan of Sonos products and want to choose Sonos Beam as your next soundbar, check out the link

In case your favorite brand is Bose, and you want to purchase Bose 300 check out the link below

Looks are important, especially if we are considering devices that can make a room look good or bad regarding its design. Based on looks, these two soundbars look quite good and they would definitely make your rooms shine even more.

Both Sonos Beam and Bose 300 come in two finishes, black and white. It is important to mention that both of these colors look very good, and because of that you can put these two soundbars wherever you want.

As for the measurements, Sonos Beam is a soundbar that measures 25.6 x 2.7 x 3.9 inches meanwhile Bose 300 measures ‎4.02 x 26.58 x 2.21 inches. That makes the Bose soundbar a bit longer so you may have to consider the place where you want to put it. The weight on the other hand is again different in both soundbars since Sonos Beam weighs about 6.35 pounds and Bose 300 weighs ‎8.09 pounds. Again, Bose is a bit heavier than Sonos.

Having a quite modern look, you will wait that the speakers have a modern connection as well. Well, here goes the main difference that is one of the most important ones when comparing these two soundbars. Bose is the one that uses “modern technology” since it is one of the greatest soundbars that works via Bluetooth, and the Bluetooth range is about 30 feet.

On the other hand, we have Sonos Beam which is a total wired soundbar and in order to connect this one to your devices, especially TVs you should use either an HDMI ARC or an HDMI-to optical cable.

Even though the connectivity technologies are different, what these two soundbars have in common is the sturdy connection. Once you connect them to other devices, these soundbars know how to perform perfectly in this field.

There is no person worldwide that would want to buy a soundbar or any other audio equipment if they don’t sound good, right? Soundbars should sound good as well, being one of the most important pieces of audio equipment that one can find.

The sound quality on these two different speakers is indeed awesome! They are both able to provide you with great surround sound effects, and most importantly, both of them support Dolby Atmos and DTS which are the most famous and the greatest surround sound technologies.

I know that there are people that love a little bit of bass coming out of the soundbars, and here I assure you that these two soundbars would do the job perfectly fine, even though in Sonos Beam the bass is more apparent and it is kind of “one step further” regarding the bass quality in general.

We got that there aren’t too many differences in the way they look, connect, and even sound. The next important thing that should be known about them is the price tag, right? Well, here goes another similarity that these soundbars have. Their prices are quite similar and you don’t have to worry because they both are under $1000.

Here we came at the end of this article. As you can notice, these two soundbars are quite modern and do the job in the best way possible. Is any of them better than the other? I wouldn’t really say so! Both Sonos Beam and Bose 300 have their own things or features and that makes them special in a way, but still based on the similarities that they have with one another, I wouldn’t say that for example one is better.

However, I really hope that this article will help and be a guide on your way of choosing the best soundbar between these two.

Have fun and enjoy these two great soundbars!

Given that they are audio equipment, why not also discuss various audio interfaces and examine their durability, presuming that many of you are also interested in that situation?

Check it out since perhaps there are others who are interested in autism and want to know if there are suitable headphones for Autism and what the requirements are.

You could find some fascinating disco headphones handy as well.

We can experience problems with our earphones, such as one being louder than the other; let’s investigate the causes and determine whether we can resolve the issue or not.

Homepod Mini Vs. Sonos One: Which Is Better?