What is a Monoblock Amplifier? Explained

We all know the importance of an amplifier.

As the name implies, an amplifier is a piece of technology that aids in boosting the amplitude of electric signals. The amplifier is mostly found in the spectrum of sound reproduction.

Knowing that we fundamentally understand what an amplifier does, you may have also noticed the term “monoblock amplifier.”

A mono amplifier is a counterpart of a stereo amplifier, or say a traditional amplifier.

What distinguishes it from a traditional amplifier? We’ll uncover this one in the article we’re reading today.

As a result, please be patient and make sure you read What is a Monoblock Amplifier all the way through. Now, without further ado, let’s get started.

What is a Monoblock Amplifier: Definition

Let me be straightforward and define what a monoblock amplifier exactly is.

First, because its name pretty much indicates what it is, let’s start there. The term “monoblock amplifier” refers to a single unit, or you may say a single “block,” that contributes to amplifying a single channel, and this is where “mono” comes from.

Instead of being split among several channels, a mono amplifier amplifies a single channel, therefore, mono blocks amplifiers are bulkier, heavier, and more expensive (per channel).

The opposite of a stereo channel, which often has two independent mono amps housed in one chassis and uses a shared power supply.

What Functions Do Monoblock Amplifiers Serve?

Let me begin by saying that music and television are frequently played through stereo systems, which employ stereo amplifiers, but vehicle audio systems and other high-end audiophile systems use monoblock amplifiers, which, obviously, provide better sound.

This choice is more expensive, but it also has a better sound system.

The sound effect you get when you choose to create a system in this way will be astounding. Just picture a speaker for each door that has its own amplifier, what could possibly be better?

The stereo amplifier is also the one we are more familiar with since, as I mentioned above, it is the one that is most frequently used on televisions and radios and is also the least expensive option.

However, if you ask me which one sounds better, the monoblock completely outperforms it in terms of sound quality.

With monoblock amplification you will be free of any distortion or sound muffling and such, the sound will come as clear as it is. Oh boy, I remember the first time I heard a monoblock amplified Car, the sound that came from this car was just astonishing.

Despite this, a superior stereo power amp or integrated speaker system will always outperform a mediocre pair of mono amplifiers.

This is a challenging query. A really good stereo amplifier will perform better than a monoblock amplifier that is improperly configured, as I specifically addressed above.

A monoblock amplifier needs more work to set up because each channel needs to be done separately.

The key advantage of using two monoblock amplifiers for two channels in your car as opposed to one two-channel amplifier is signal and energy isolation.

Simply explained, having two monoblocks implies that all of the amplifier’s energy will be directed into a single channel, and each channel will have its own amplifier.

A Stereo amp is still utilized in cars and, in most situations, isn’t terrible in any way despite this.

Due to its deep, powerful bass and, of course, greater overall sound quality without distortion and such things, monoblocks are primarily found in audiophile cars.

It significantly amplifies the signal even more because monoblocks typically operate at 4, 2, or even 1 Ohm. It’s incredible how much bass and power you can obtain if your car has a subwoofer plus a monoblock amplifier to boost it.

Monoblock amplifiers do, however, have some drawbacks, such as their size and weight and, on top of that, their cost.

Monoblock amplifiers are much larger and denser. They will require more room and be more challenging to put up. Stereo amplifiers, on the other hand, don’t take up any room and are rather simple to install.

Still, the price that makes them twice as expensive as their counterparts is hard to swallow.

How good are monoblock amplifiers?

For car audio it is one of the best systems, it will highly boost your overall sound quality, especially on the bass part. Still, that’s it it still remains “car audio”. I would advise opt for one if you only have money to throw.

Can a monoblock amp run speakers?

For the main speakers, a mono amp can be an option. They must, however, be fully adjustable. Sub amps are widely accessible, and two of them are required to achieve stereo.

Can you run two subs off a mono amp?

If you correctly wire them, you can connect up to 20 subwoofers to a monoblock amplifier. Just make sure to split the energy amongst the two subs.

We pretty much arrived at the end of the article, and as my parting words to you, I would advise you not to make any rushed investments.

When it comes to audio devices in general, they are of complex nature. A wrong purchase can seriously make a hole in your pocket, especially if we are talking about monoblock amplifiers.

If you don’t know what you are doing, just stick to your stereo amplifier. You will be good with it.

On the other hand, if you have money to throw and you are an audiophile who wants the best sound for your car, don’t hesitate to buy a mono amp since it will greatly improve your sound quality.

Your car will not just be a car, but a darn audio system also.

As we are here at the end, I would like to mention for you guys some other things, or better to say, I will mention some other articles that I’ve written in order to ease your job.

In case any of you guys are in search of audio interfaces and you know the importance that they have, you can check out the comparison between Scarlett 2i2 and 2i4, or Focusrite vs. Presonus audio interfaces in general.

Now, if you are a gamer, I will answer you if 7.1 surround sound is good for gaming, and you can find out if Sennheiser HD6XX is for gaming! 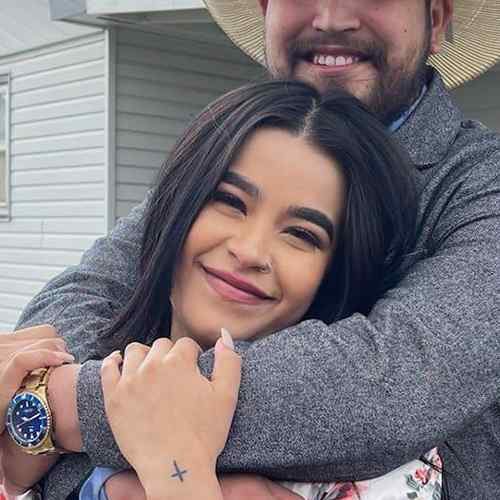