Why Do Singers Use Earpieces? Explained!

Have you ever noticed that when singers perform live, they always appear with earpieces? There is no way you missed it if you enjoy music and enjoy watching or attending live concerts.

I’ve always wondered what those earpieces or say in ear monitor are and why the singers wear them. I’m sure there are many people who have no idea what they are or why singers use them. And that’s why I’m here, to answer the rest of your questions and brighten your day.

They’re probably wearing them for a variety of reasons. So I’m looking forward to getting started on this article and answering your burning questions. Even though I can’t see you, I can sense your enthusiasm for this article.

Why Should a Singer Wear Earpieces?

So to begin with why do singers wear pieces, well It’s critical to be able to hear your own voice while singing during a live performance. This was done in the past with Wedges, wedge-shaped floor monitor loudspeakers. They were positioned in front of the performers so that the singers could hear themselves. But things didn’t go as planned with these wedges, which is why the earpieces were created. They were more compact and efficient.

In ear monitors are necessary for singers for a variety of reasons. They serve such important tasks and can make or break a performance, no vocalist should avoid using them. So, let’s get started talking about why these earpieces are such a lifeline for singers. Take a seat and read the following reasons, guys.

To begin with, we have earpieces used for superior sound quality.  In ear monitors fit exactly into the ear, blocking out all other external noises and directing monitor sound straight into the ear canal, allowing you to hear your voice in great detail with less volume.

Since the crowd mix is clear when the playback is played directly to the performers’ ears, the sound engineer can focus on creating the best possible experience for both the audience and musicians, so yeah it does also ease the job of sound engineers.

Hearing health is the second factor, which comes after the first. As we can see, singers perform in very loud environments, with a large crowd and a musical band behind them. All of these loud sounds can cause hearing problems for singers, and they may even lose their hearing.

As an example, I will mention rock concerts. They are about 120dB, and long-term exposure to sounds louder than 85 dB may cause hearing impairment. As a result, in ear monitors are essential for resolving such issues. They allow singers to hear music and sound at a lower volume, which protects them, so yeah you can consider it as a hearing protection tool as well.

Just to keep in mind, improperly adjusted in ear monitors can still damage your ears.

As I continue to research the reasons why vocalists wear earpieces, I’ve discovered that direction is one of the most essential factors, a really good monitoring system during live performances.

Even if the vocalist or the singer appears to be one on stage, there are various persons and things on and behind the stage, which we might refer to as the ‘Reality of stage production‘ which necessitates the use of multiple technicians. As a result, a vocalist should take into account technical instructions, such as vital remarks from technicians and pyrotechnicians, as well as pointers from the music director, such as when to start and stop, and whether or not to listen to a click track.

Finally, we can observe that the singer does not only sing but also does a variety of other things using the earpiece.

Earpieces are used on stage to allow for greater freedom and independence. Stage monitors are too large and take up too much space. The floor monitors also have directional sound, so the performers will only hear their mix if they are directly in front of the wedge monitors, limiting their ability to use the entire stage. Singers avoid this type of problem with earpieces and are free to perform at their best.

In general, singers do not appear on stage alone, implying that there are numerous other musicians performing. All of the musicians wear their own earpieces, which isolates the sound and allows them to choose the mix of sound they wish to hear, and it means that they can hear simply themselves without turning up the volume. This option makes it easier to perform better on stage and better coordination.

As we all know, wedges were used instead of earpieces in the past, and they had numerous drawbacks due to their size, therefore these earpieces are the way to go. They’re compact and easy to transport. As a result, you won’t need to set them up like you would with wedges. You avoid all of the issues that a wedge can cause with these earpieces. As a result, they’re well worth it.

These little yet effective devices allow singers to clearly hear themselves and reduce vocal strain, resulting in more accurate singing without risking vocal damage. Many of you may wonder why it harms your voice. This is not incorrect. Allow me to explain why and how. Sometimes singers can’t hear themselves over the band, so they try to compete with them, which can backfire and inflict damage. This is why these earpieces are so important.

Even if they aren’t prevalent, earpieces can create audio issues that can bring a show to a halt.

As I was writing this article, I tried to be very careful so that I could provide you with the most relevant information and answers. It was a pleasure for me to create such a fascinating post and gain so much knowledge. You may not require this information in your daily life, but it is worthwhile to know and be able to discuss something as interesting as this case. I hope you all enjoyed this post and you got the question of why do singers wear earpieces answered.

If you’re interested in reading more, check out this post on amazing subwoofers for vinyl. You can also read a comparison between the JBL Boombox 1 and Boombox 2 if you’re curious about the differences between the two.

Check out this post on some studio monitors for rock and metal music to see what they have to offer before moving on to some immersive studio monitor stands that are well worth the money.

Do Binaural Beats Work Without Headphones? 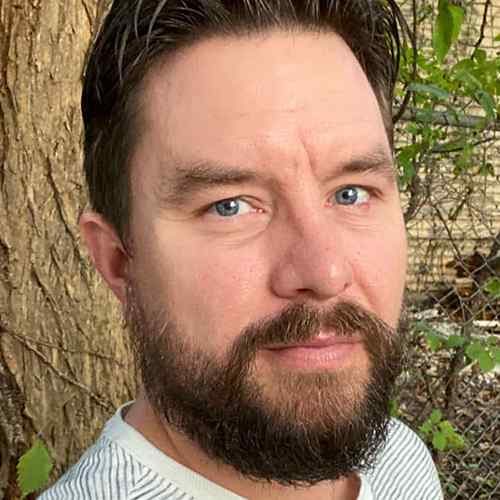