You got a nice cutting-edge TV, now what? I wonder what is the point of having a high-end TV and not accompanying that with an equally nice soundbar. Well, since you thought about it, googled, here you are in my safe hands.

Let’s break it into pieces and talk about it in the simplest form because technology is already complicated enough, we don’t want any incomprehensible longer paragraphs or texts to explain the simple difference. Let’s give you a clear overview and then it’s up to you to decide which one to get it.

What the heck are these numbers written in the Soundbar?

A 2.1 soundbar offers only two channels which are located on the right and left side, plus that”.1″ means that there is one subwoofer. That point can be more, but the meaning stays the same as a number of subwoofers indicator.

A 3.1 soundbar offers 3 channels and is located on the sides and in the middle. The channel in the middle is primarily put for better vocals and dialogues. Again the “.1” plays the same role in telling that there is a single subwoofer.

It’s noteworthy to mention that 3.1 system isn’t always perfect for any room acoustics.

Well, I’m afraid that there isn’t only one correct answer to that question, it really depends on the perspective you look at.

If you want to create a movie theater at home with your brand new TV, well picking a sound with a 3.1 system will work better. It is because the center channel is intentionally created for better dialogues and vocal production. So, if you are a language learner or don’t want to miss any conversation or cutscene in the games, the better pick is the 3.1 soundbar system.

A 2.1 soundbar system also enhances the dialogue quality, but just know that there isn’t a dedicated center channel that will provide louder dialogues during the conversations, right and left channels together produce the vocals and the sound altogether. However, both 2.1 and 3.1 channels produce the same sound quality.

Putting the center channel in a 3.1 soundbar aside, a 2.1 channel soundbar, can have better performance because the number of channels standalone doesn’t define the general performance, rather the audio decoder embedded is what really matters and defines the sound quality and performance.

As I previously mentioned an extra center channel in 3.1 sound system doesn’t mean it produces better sound quality. The difference remains only in the dialogue centered channel. The sound quality in both soundbars remains the same.

However, the sound quality obviously depends on the chosen brand and product. If you want a decent and mid-range dialogues pick 2.1 system. Plus, the dialogue problem is solved just by increasing the volume level in the remote. There is no need to pay extra money to get better clear dialogues.

As I stated above before “.1” in the end indicates the number of the subwoofers. This can extend to adding numbers and you end up with more channels. That is a different story we will talk about in the following articles.

An external subwoofer will be included with your 2.1 channel soundbar. The subwoofer amplifies deeper audio experience, such as explosions in combat scenes or the low rumbling of a stampede approaching. A 2.1 and 3.1 soundbars include a single subwoofer to complete the mission of the surround sound system. It takes your audio experience to a new level that your TV alone can’t match.

Features that soundbars usually have is Dolby Atmos, Dolby Digital, and DTS X for sound enhancement. Both of these features offer pretty much the same thing but note that it is rare for the soundbar to support both formats.

A 2.1 and 3.1 soundbars can come in wired or wireless forms. The wired form is kind of old style, but it’s preferable for those who aren’t done with tangled cables. A Bluetooth connection is always a better idea. Additionally, for some privacy, you can always get a pair of headphones.

What to Consider When Buying a Soundbar?

The size matters in sound quality, yes, but you have to measure your living room’s TV, so the feet are wide and support the soundbar properly. As an alternative, you can mount the soundbar above the TV.

Thankfully, now most of the technology items are wirelessly connected and don’t look messy. My side would be to go wirelessly, but if you can find a spot where the cables are hidden, feel free to go with the wired form.

HDMI is the common wired way of soundbar connection and on the other side, optical connectors seem to be more secure because it’s harder to manipulate with the electromagnetic fields that usually cause lag and interruption.

Power output measured in wattage is the used power unit to determine how loud the soundbars and the subwoofers are, not particularly the channels. You can increase the power by adding extra speakers or subwoofers.

Actually, soundbars all alone don’t have extra power, they are usually 10 watts, just like a typical conventional radio.

To save some space, there are also ceiling-mounted and wall-mounted speakers to help your soundbar reach peak power.

The center channel in the 3.1 soundbars is mainly targeted to produce crisp and detailed dialogues and vocals. A 2.1 system’s sound clarity is in the mid-ranges in comparison.

Also, that “.1” you see is an indicator of a subwoofer. Both 3.1 and 2.1 systems include the subwoofer because a soundbar’s power output (usually 10W) itself isn’t enough to produce loudness and booming bass production.

If you’re interested in microphones, you may read these articles to learn about some incredible Hip-Hop mics before moving on to some immersive microphones for the harmonica.

After looking at several excellent microphones, you may read this article to learn how to clean microphones by adhering to the instructions in it.

And now, let’s look at some outstanding channel audio interfaces that you won’t think twice about buying.

Bose SoundSport vs SoundTrue Ultra: Which Is Better? 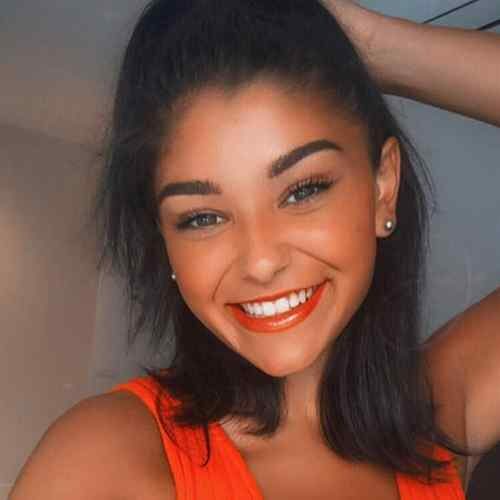