When any of you guys purchase a new device, I am pretty sure that when it comes to the connections, it is the part that catches your attention mostly, well that’s how it should be because one should always know how and with what to connect the device that you just bought or you are willing to buy.

It is important to have in mind that not every device has the same connectivity technology. Some come as wireless, and some other devices come as wired; wired headphones in our case.

You may have noticed the names cable jacks, and they are the most commonly used types of connectors in sound devices, especially on headphones. However, there are two names or connectors that are the “celebrities” of sables, 3.5mm audio jack and 2.5mm audio jack.

Who are they? What are they used for? What are the differences or the similarities between them? Well, in order to answer these questions and find out more, I will be mentioning everything in this article! You will find the main information about them, as well as the advantages and the disadvantages!

Now, without confusing you anymore, let us get straight to the main topic and start the battle between 3.5 and 2.5mm audio jacks!

What is an Audio Jack?

What I would like to mention here is that a headphone audio jack and a plug aren’t the same things, as many people seem to confuse them a little bit. The audio jack connector is found at the end of the headphone cable in the wired devices, meanwhile, a plug is a part into which this connector goes.

The jacks that I will be telling you guys about, the 3.5mm and 2.5mm, are the most commonly used types of jacks in audio devices mostly, as I previously mentioned, they appear mostly on headphones.

What is a 3.5mm Headphone Jack?

The 3.5mm jack is one of the most famous connectors in the whole world, you will find it in most stereo headphones or earbuds that provide stereo sound. They were first found or “launched” in the 19th century as the connections which were found in many cellphones at that time. Once you connect the 3.5mm jack to a device that it is compatible with, its job is to allow the electronic current to move along and pass from one device to another one. Basically, in stereo signal audio devices, this jack offers connectivity as you can hear sound in the best way possible.

The devices that you will notice a 3.5mm plug or jack are smartphones, tablets, laptops, computers, MP3 players, monitors, speakers, etc. A 3.5mm jack covers and is found in almost all devices that you may have in mind.

As for the stereo plug, you will find it in different colors such as silver gold and so on.

Just like the 3.5mm jack, the 2.5mm one is also one of the most commonly used jacks in different devices, but still, it stands as the older version of 3.5mm. It is the smallest jack that you can ever find, and basically, again, the 2.5mm measurement stands for the size that it has. There is as well a movement of the electronic current via this jack and it does its job better than you can imagine.

Being a bit older than the 3.5mm jack, the 2.5mm jack isn’t the most found one in newer devices, but still, you can find the 2.5mm jack in many older cellphones, headphones, headsets, older TVs (not the smart ones), and many other devices that are not so used nowadays, like radios and MP3 players of older versions.

Note: The 2.5mm and 3.5mm on the names of these jacks stand only for the size that they own, so there is no complication of any kind.

As you can notice from the things that I mentioned above in this article, both of these types of connectors, the 3.5mm jack and the 2.5mm jack, have the same job and are compatible with almost the same devices. However, if we are thinking about the differences as the main topic of this article, the main difference that allows you to do a distinction between these two types of headphone jacks, is the size.

Now, it doesn’t mean that the one is better than the other, but still, you can choose your best one based on the size that you need. These connectors are basically the same, but if you are searching for the smallest jack in the whole world market you will find out that the 2.5mm jack is the best one, and also it is known as the mini-jack. In case you are thinking about a bigger one in size then you will notice that there will appear a 6.35mm jack. The 3.5mm stands in between and being the medium jack it is the most used one, and in my opinion definitely the best one.

Is the Headphone Jack Disappearing?

There is a specific topic that I would like to mention here in this article, and it is the fact that the headphone jacks, the ones that I mentioned above, as time passes and modernization has covered the whole world, are getting somehow vanished. It is a delicate topic, as the first “movement” has come from Apple which is a super well-known brand worldwide. They have removed the headphone jack since the launch of the iPhone 7, and since then, their devices don’t own it. After Apple, there were Samsung, and LG as the brands that followed this “trend”, as right now, in the new releases, they have ditched the headphone jack as well. In order to find out more and see if it is a good decision, I would like to advise you guys to check out my article regarding the question “Why most new phones are ditching the headphone jack?”

Here we came at the end of this article, in which I tried to compare for you guys the famous headphone jacks 3.5mm and 2.5mm. However, you may have noticed that the main difference between these two jacks stands in their sizes, as they do the same job which is completely related to the connectivity of your devices.

I wouldn’t say that any of them is better than the other and as I mentioned, everything goes around your preferences and the connection type that your devices require, the only difference as I mention is between the headphone jack sizes.

I really hope that this article can be understood by you as I tried to be as simple as possible! Have fun!

Should You Plug Your Headphones Into Your Blue Yeti? 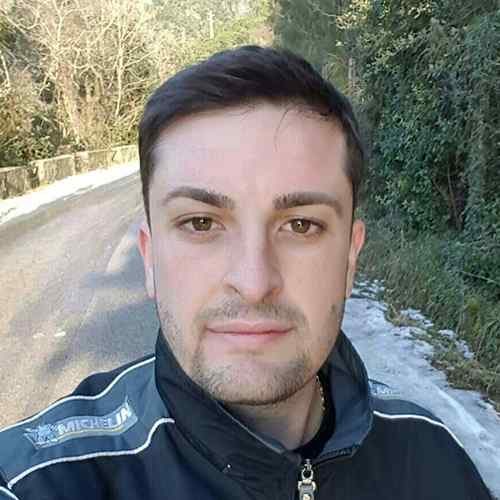